How do I sell a furniture idea and design without a prototype?

Pitching a furniture “idea” to a professional designer is probably not a good move. 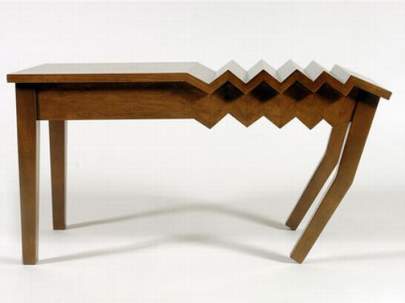 You may find a designer who is willing to speak with you. Just be aware that if your idea has any merit there is an excellent chance the designer will take it, improve it, refine it and present it as his own.

Non-disclosure agreements are rarely effective unless you have a proven track record. Most designers (or companies) will not sign them at all. Even if you do get a signed non-disclosure it is often very easy to work around it.

You have a far better chance of success if you work with a craftsperson who can build prototypes but who is not a designer.

Depending on how good your idea is and how persuasive you are you may be able to work together to create one or more prototypes. That will put you in a much stronger position.

I have been in your position twice in my life. In 1991 I had an idea for a line of multi-functional upholstered furniture products.

I found someone who could build prototypes. Together we spent two years working hundreds of hours without pay to build 25 prototypes.

At that point we presented the prototypes to an influential furniture industry consultant who referred us to a huge manufacturer. That manufacturer licensed our patents and manufactured $25 million of our designs over the next several years.

In 2004 I teamed up with the same prototype builder and we did it again. Once more we spent two years without pay developing an entire line and building multiple prototypes.

This time I started my own company to manufacture the items and launched Simplicity Sofas in 2007. Ten years (and $8 million in sales) later the company is still growing.