What is the best mattress or mattress brand?

Categories: Where Can I Find...? Furniture Construction Mattresses and Beds

I researched hundreds of different mattresses to find one for my personal use over several weeks.

I am an expert on mattresses.

Once upon a time, many years ago, I was a mattress buyer for a large furniture chain.

During my 6 years in that position I purchased over $20 million of mattresses.

In my recent mattress search I was not surprised to find that there were almost no points of comparison among different mattress brands. That was true 30 years ago also.

But I was surprised to find that it is now virtually impossible to compare different products within a single brand. 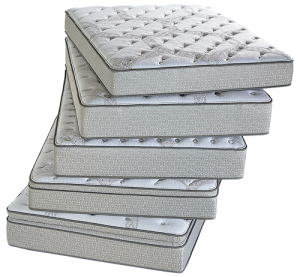 There are hundreds of different mattress models within each major brand. Many look alike, but all have different specifications.

There is no easy way to compare these specifications - even for an expert.

For example: Is a mattress with 1000 coils using 16 gauge wire better than a similarly priced mattress that has 850 coils with a 15 gauge wire?

I actually know what these specifications and terminology mean. It doesn't help!

I still can’t tell if one is better than the other.

Then there are different layers, densities and types of foam -- and a choice of firm, gently firm, medium firm, luxury firm, extra-firm, pillow-top, luxury pillow top, and on and on.

Many brand name mattresses had been “marked down” by 50 - 75% off . It was hard to resist such “great” values.

But they “looked” very similar to other mattresses that were the same price but not on sale. 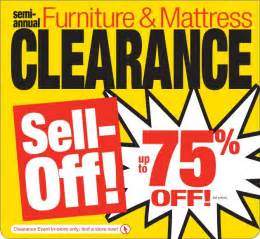 Comparing different mattress models appeared to be impossible. Except that there was one common measurement for all mattresses that actually could be compared.

After several weeks researching the topic I eventually began to realize that there was a consistent relationship between the price of a mattress and its weight.

In almost every case, the higher the price being charged, the more the mattress weighed. This applied no matter what the original pre-discount “suggested retail price” had been.

For example mattresses “on sale” for $1000 marked down from $3000 almost always weighed approximately the same as $1000 mattresses that had not been marked down.

The weight of a mattress and the price it is sold at correlated very closely in almost all cases.

This conclusion was the result of dozens of comparisons I made among mattresses from three different major brands with widely varying specifications.

I also looked at at mattresses from smaller brands with fewer model variations.

Those few exceptions, where a particular mattress is heavier than similar priced competitors, represent the best values.

Once you have determined the weight of a mattress there are 5 simple steps to make an effective comparison and find the best mattress value:

2. Decide whether you prefer a mattress that is soft, firm or somewhere in between.

3. Decide how much you are willing to spend.

4. Compare the weights of mattresses that fit the first three steps. The ones that weigh the most are the best mattresses.

5. The best values are those mattresses that are heavier than the competition but cost less.

I had been searching specifically for an innerspring or hybrid queen-size mattress that was 12″ - 14″ thick, made by an established brand name company with a cost of under $1000.

The mattresses I researched that were priced at $800 - $1000 typically weighed 80 – 100 lbs. I also looked at several mattresses which were selling for approximately $2000 and found that these all weighed approximately 110 -120 lbs.

There was only a small increase in weight for mattresses costing twice.

This indicates that a substantial part of the additional cost for the more expensive mattresses can probably be attributed to cosmetic improvements and increased profit margins.

Many mattresses are sold at deep “discounts.” It quickly became apparent that the higher “suggested retail” prices were completely fictitious.

I compared the weights of more than 20 deeply discounted mattresses to other “non-discounted” mattresses made by the same company.

Since writing this article I have been asked by many people on my furniture blog The Insider’s Guide to Furniture and the Home Furnishings Industry, what the difference is between super premium mattresses that cost $3000 or more vs. mattresses that sell for $1000.

More expensive mattresses do have more “good stuff” inside, but not nearly enough to account for the difference in price.

My best estimate is that the extra $2000 that you pay for the $3000 mattress breaks down like this:

Update: It has been well over a year since I first published this answer.

I had expected at least a few comments from mattress retailers complaining about my blanket conclusion that “all deeply discounted mattress sale ads are phony.”

Instead, there has not been a single negative response to this article from any mattress retailer or manufacturer.

I have received several comments from bedding professionals confirming the accuracy and methodology of my research.