Who Invented the Sofa Bed?

The modern pull-out sofa bed was invented by Bernard Castro.

After emigrating to the U.S in 1919 from Sicily, Castro worked as an upholsterer’s apprentice.

He opened his first Castro Convertible store in New York City in 1931 with $400 in capital.

Castro Convertibles sold over 5 million sofa sleepers before closing in 1993.

Castro’s convertible sofa sleepers were extraordinarily heavy and solidly built. Many still survive and remain in use. 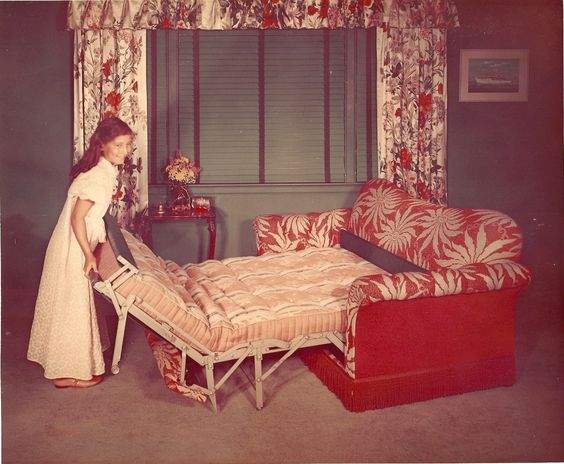 Bernadette catapulted her father’s convertible couch to national fame by illustrating how the sofa sleepers were "So easy to open, even a child can do it!"

Bernadette’s commercials ran over 40,000 times (over several decades) earning her the distinction of being the most televised child in America.

The story of Castro Convertibles can be seen on a YouTube video.

Castro Convertibles was acquired in 1993 by Krause Furniture.

The Castro Convertible brand was retired until 2010 when Bernadette Castro and her children bought back the intellectual property.

They relaunched the business with one of the most popular of the original products, the Castro Convertible Ottoman - an ottoman that converts into a sleeper.